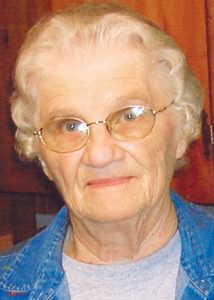 Born Oct. 20, 1932 in Horry County, she was the daughter of the late Grover Zebedee Williamson and Lila Gay Williamson and the widow of F.L. Fipps III.

In addition to her parents and husband, she was preceded in death by granddaughter Kendyl Fipps; two brothers, Grover Zebedee Williamson, Jr. and Ronald Williamson; and a sister Eloyce Little.