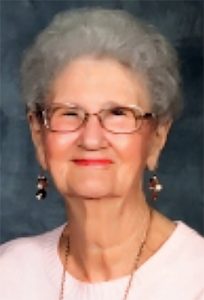 Sarah Delano Stevens Todd of Loris passed away on Wednesday, July 17, at Conway Manor following an illness. She was 86.

Mrs. Todd was born Nov. 3, 1932 in Loris to the late Stanley Stevens and the late Tempie Mishoe Stevens.

Mrs. Todd was a longtime member of Cane Branch Baptist Church and worked as a switchboard operator with the telephone company until her retirement.

Survivors include her daughter, Paula Todd Hardee of Conway; sister-in-law, Shelvie Stevens of Loris, and many loving nieces, nephews, and extended family.

Visitation was planned from 6 to 8 p.m. Thursday, July 18, at Hardwick Funeral Home.