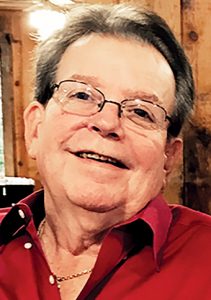 Rex Hunt Bullock of Clarendon died Thursday, July 18, at his home. He was 68.

In addition to his mother, he is survived by three daughters, Rexann Durham and husband Doug of Zebulon, Amy Bullock of Snow Hill, and Marsha Poole and husband Joey of Goldsboro; one brother, Wrenn Bullock of Clarendon; three sisters, Julia Stanley  and Karen Garrell, both of Clarendon, and Sharen Bullock of Raleigh; four grandchildren: Ali, Macy, Lanie and Boadie; and many nieces and nephews.

A memorial service was planned for 3 p.m. Monday, July 22, in the Inman Ward Funeral Home Chapel