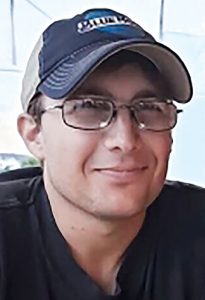 David Joseph Sibbick of Loris passed away on Thursday, July 25. He was 29.

Mr. Sibbick worked with the SCDOT. David’s passions were music, motorcycles and shooting. He was a proud life member of the National Rifle Association.

Mr. Sibbick was predeceased by his paternal grandparents.

A memorial service was planned for 4 p.m. Thursday, Aug. 1, in the Hardwick Funeral Home Chapel with Rev. Tim Osment officiating.

Visitation was planned from 2 to 4 p.m., preceding the memorial service.

Memorials may be made to the National Rifle Association, 11250 Waples Mill Road, Fairfax, VA 22030.

Family will also have a memorial service in Connecticut that will be announced at a later date.