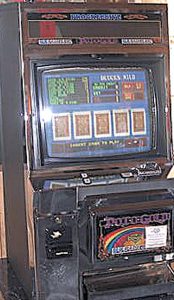 Warrants were served simultaneously at Deep Pockets pool hall, Vasco #1 and Vasco #2 convenience stores, all in Tabor City; and the 701 Service Center south of Whiteville, Herring said. A total of 66 video gaming machines were seized.

Four machines each were seized at the Vasco stores on East 5th Street and Fair Bluff Road, Herring said. Misdemeanor citations will be issued to whoever was in charge of each business when the warrants were served, Herring said.

“We’ll look into the owners and file charges as the law allows,” Herring said.

This is a developing story. Look for more in the next Tabor-Loris Tribune in print and online.