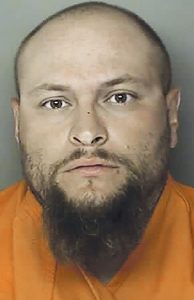 A “verbal altercation” escalated into a deadly fight Monday night resulting in a manslaughter arrest near Loris on Tuesday.

A complaining witness, whose name was redacted from an HCPD report, told officers that Davis and Schultz had argued, and that during the argument Davis “produced a firearm,” and that Schultz “disarmed the victim, and began to physically assault him,” the report said.

“The defendant then proceeded to beat the victim about the face and body for an extended period, until the victim was unconscious.”

Look for more on this story in tomorrow’s Tabor-Loris Tribune in print and online.