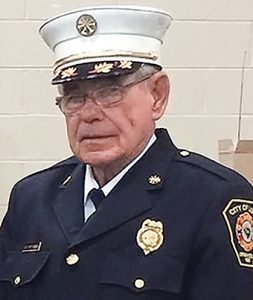 Hickman served in the South Carolina National Guard years ago, and was a self-employed appliance repairman.

Declining health had forced Hickman from active LFD duty for several months. He died at McLeod Florence “after being hospitalized the past several weeks,” Rudelitch said.

Funeral plans have not yet been made, and the fire department is assisting the family “any way that we can,” Rudelitch said.

Neighboring fire departments will be assisting the LFD in the coming days as those plans are made, and services are held.

In an email to news outlets, Rudelitch said. “We thank you for assisting and honoring his decades of service several years ago. Please keep his family and our fire team in your thoughts.”

Hickman’s obituary may be viewed here.