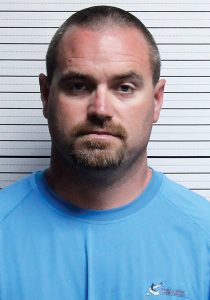 Murder charges have been served on a Brunswick County man involved in a violent two-boat collision on the Waccamaw River that claimed the lives of three Columbus County residents.

Ferster is charged in the deaths of Garrett Smith, 21, of Clarendon; Megan Allison Lynn, 21, of Whiteville and Jennifer Elizabeth Hayes, 37, of Chadbourn; in the March 29 collision on the Waccamaw River near the Pireway landing.

Ferster was operating an 18.5 foot Skeeter boat, heading downriver on a warm March Sunday afternoon, not long before North Carolina’s stay at home order due to the COVID-19 pandemic was issued, when he collided with a 15-foot Dixie boat operated by Travis Reed Suggs, 25, of Tabor City.

All three who died were passengers on Suggs’ boat. Smith was thrown from the craft, his body not recovered until a week later, just hours before the funeral of his girlfriend, Lynn.

Neither Ferster nor a male passenger in his boat were injured.