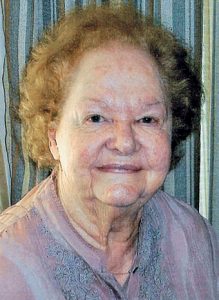 Born April 26, 1926 in Lumberton, she was the daughter of the late Roger Davis and Beulah Walters Davis and widow of Lloyd Conrad Hipps.

Geneva and Lloyd were the owners of Davis Jewelers in Tabor City for many years.

In addition to her parents and husband, she was preceded in death by two brothers, Eston Davis and Roger Davis; and one sister, Virginia Anderson.

There will be no service.

Memorials may be sent to American Heart Association here.