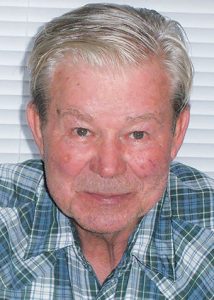 William Kenneth Smith of Loris passed away on Sunday, Aug. 9, at his home. He was 78.

Mr. Smith was born on November 10, 1941 in Loris to the late William Clyde Smith and the late Geneva Cooke Smith.

Mr. Smith served his country with courage, honor, and distinction, with two tours in Vietnam, finally retiring after 29 years of faithful service in the United States Air Force.

He was a member of Beulah Baptist Church, but will be most remembered as a loving husband, father, grandfather ,and brother.

Visitation was planned from 6 to 8 p.m. Thursday, Aug. 13, at Hardwick Funeral Home.