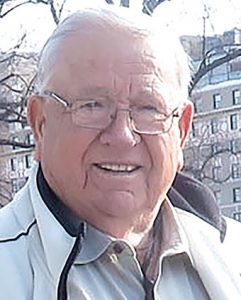 Billy was born Dec. 8, 1939 in Longs to the late Robert James Matthews and the late Isla Lee Hardee Matthews. He was a member of Buck Creek Baptist Church where he served as a Deacon, RA Leader, choir member, and Brotherhood. He and his wife volunteered to cook on several missions trips.

Billy graduated from Loris High School and went on to Horry-Georgetown Technical College. He retired from the South Carolina Highway Department as a Residence Maintenance Engineer after 42 years.

Billy enjoyed cooking and having family and friends in his home for fellowship. He enjoyed fishing, farming, hunting, and going camping.