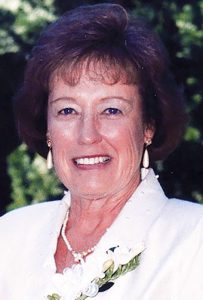 Linda Buffkin Hopkins of Southport (St. James) passed away on Friday, Sept. 4. She was 75.

Linda was born Dec. 22, 1944 in Columbus County to the late Jamison Edward and Lucille Strickland Buffkin. She grew up as a self-proclaimed tomboy in the Fair Bluff-Tabor City community and was one of seven children. She graduated from Tabor City High School, then attended Southeastern Community College, Cape Fear Community College, Robert Morris Commercial Lending School and graduated from the NC School of Banking in Chapel Hill.

Linda enjoyed golf and was an avid player. She was especially proud of her Hole in One at the Players Club, St. James.

In addition to her parents, Linda was preceded in death by a brother, Kenneth Buffkin; and a sister, April S. Gray.

A gathering of family and friends was planned for 4 p.m. on Saturday, Sept. 19, in the Green Sea Baptist Church Fellowship Hall.

Family requests with gratitude that donations be made in Linda’s name to the American Cancer Society, P.O. Box 22718, Oklahoma City OK 73123.

Online condolences are encouraged and may be sent to the family here.