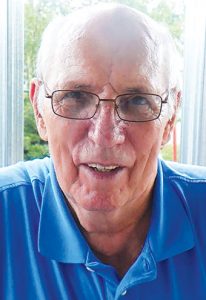 Mr. West was born Nov. 18, 1936 in Loris to the late Lewis Thomas West and the late Gracie Estelle Goff West. Mr. West worked in sales at Hardee Manufacturing until his retirement and was a longtime active member of Mt. Leon Baptist Church where he served as a Deacon for many years.

Family planned to receive friends from 1:30 p.m. until the time of the service at the church.