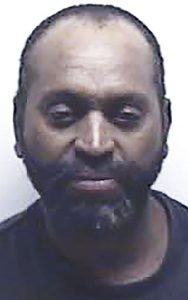 A murder investigation near Tabor City Thursday evolved into a law enforcement pursuit begun by Columbus County Sheriff’s detectives, involving law enforcement from both sides of the state line, ending with a collision involving Sheriff Jody Greene that left a suspect in the hospital, a news release from the sheriff said Monday.

Amos Earl Strickland, 62, of Pine Circle Drive, Tabor City, was taken into custody following the crash on Log Cabin Road in Horry County. He was charged by the sheriff’s office with a felony count of fleeing to elude law enforcement, and may face other traffic charges in South Carolina, Greene said.

Detectives “were conducting surveillance and gathering information in reference to an ongoing homicide investigation” when they encountered a dark Ford Mustang that pulled from a driveway and “accelerated quickly on to the highway,” the sheriff’s news release said.

Running the license plate revealed that it did not match the car, and was revoked, which prompted detectives to attempt a traffic stop. They did not know who they were chasing, the news release said, Strickland not identified until later, after the pursuit ended in a crash.

Detectives also did not know if the driver might be “a person of interest” in their ongoing murder investigation.

That murder took place three days earlier, on Oct. 5, when gunfire on Memory Lane near Tabor City claimed one man’s life, and injured two other people.

Citing the ongoing investigation, the sheriff’s office has not yet identified the man who died or other victims.

Rapidly moving east on Swampfox Hwy East, the pursuit took a turn onto Dothan Road, the driver violating “several laws and traffic offenses by driving recklessly, speeding, failing to stop for stop signs, and attempting to wreck the detectives,” the news release said. “These offenses qualify for the charge of felony flee and elude from law enforcement.”

As the pursuit crossed into South Carolina, the Mustang driver “placed his left hand out of his driver side window and completed a waving motion with his hand for approximately three seconds as he was waving goodbye, then placed his hand back inside the window.”

Stop sticks deployed by HCPD officers damaged tires on the Ford, but did not stop it the “Mustang continued driving recklessly and dangerously,” the news release said.

A turn down Flag Patch Road led to Log Cabin Road “where a group of 12 or more citizens were standing near the roadway,” the news release said. “Detectives and Sheriff Greene were attempting a rolling roadblock to slow the Mustang down with the intent to protect the citizens near the roadway. The Ford Mustang attempted to outrun the rolling roadblock by accelerating and weaving. This action resulted in the Ford Mustang striking Sheriff Greene’s patrol vehicle, nearly causing a crash with other patrol vehicles.

Sheriff’s detectives and SC Troopers rendered medical aid, and found a handgun, a revolver, on Strickland, inside the car.

A search warrant was obtained by the SCHP, and investigators found narcotics and alcohol inside the car, the news release said.

Look for updates here as events warrant and more on this story in the next Tabor-Loris Tribune in print and online.