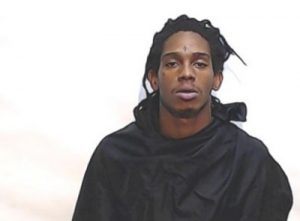 Victim’s of Sunday’s shootings on Sellers Town Road that left one man dead, another critically wounded, have been identified by the Columbus County Sheriff’s Office.

Tristan Lavonne Stavee, 23, died on the scene of the shooting in the 100 block of Sellars Town Road, just off of US 701; his grandfather George Cleveland Stump Sr., 73, was seriously injured by gunfire, spokeswoman Michelle Tatum said.

Murder and related charges were served on a Tabor City man Wednesday afternoon in a Whiteville area shooting that left one man dead, another seriously injured, the Columbus County Sheriff’s Office reported.

Mark Anthony Nelson, 24, was taken into custody at his Queen Street home by Columbus County Sheriff’s deputies, charged with murder, attempted murder, armed robbery, assault with a deadly weapon with intent to kill inflicting serious injury, and felon in possession of a firearm, a news release from sheriff’s spokeswoman Michelle Tatum said.

Deputies responding to a report of a man lying on the ground in the 100 block of Sellers Town Road, just off of U.S. 701, found a 23 year old man dead on the ground, an older man in a nearby vehicle with a gunshot wound, Sheriff Jody Greene said in a news release Monday.

Both of the men were from Hope Mills and were related, Greene said. The sheriff’s office has not released names of the victims.