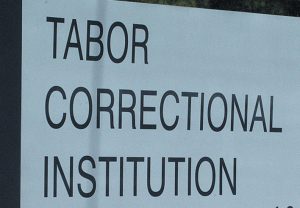 His death took place at a hospital, where he was being treated after testing positive for the coronavirus, the DPS reported. He had “pre-existing medical conditions.”

“His death is saddening,” state Commissioner of Prisons Todd Ishee said. “We are working hard to mitigate the impact of COVID-19 in our prisons.

“The health and safety of the staff and the offender population is our top priority.”

After testing for COVID at the prison, the inmate described as “in his early 70s with underlying health conditions” was hospitalized on Nov. 19, the positive test result received the next day.

“His condition worsened, and he died on Dec. 3,” the news release said. “Given his family’s right to privacy and the confidentiality of prison offender records, the Department of Public Safety will not further identify the individual.”

Another TCI inmate with underlying health conditions died in a hospital on Nov. 9, DPS reported last month. That man, in his early 60s, tested positive for COVID-19 on Oct. 27, and was admitted to a hospital the next day.

Since early November COVID cases at TCI have skyrocketed, positive test results totaling 561 as of Thursday, DPS data shows. That surge has slowed, and no new cases have been confirmed at TCI since Nov. 28, the DPS data shows.

Prisons leadership has taken more than four dozen actions throughout the North Carolina prison system to try to prevent transmission of the virus, the news release said.

They can be found here.