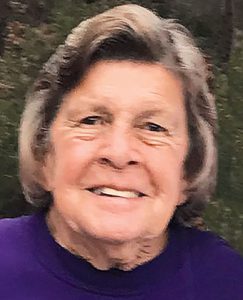 Sylvia Wade Holmes passed away on Dec. 3 at her home in Loris following an illness. She was 77.

Born March 24, 1943 in Tabor City, she was the daughter of the late Wortha Broadus Turbeville and the late Sarah Belle Spivey Turbeville Norris.

Mrs. Holmes worked in the advertisement department of The Sun News until her retirement and was of the Baptist faith, but will be most remembered as a loving mother, grandmother, great-grandmother and friend to all who were blessed to have known her.

In addition to her parents, Mrs. Holmes was predeceased by her husband, Oree Holmes; brother Ronald Turbeville; and sister Betty Hawes.

Family plans a private memorial service at a later date.