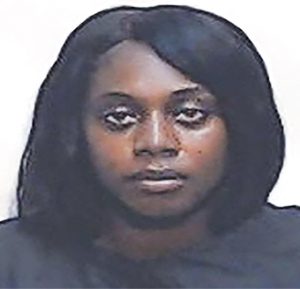 A second suspect has been charged with murder and related crimes in a church yard shooting that left a Hope Mills man dead, his grandfather seriously injured.

Both are charged with murder, attempted murder, armed robbery, and assault with a deadly weapon with intent to kill inflicting serious injury, accused in warrants obtained by Det. Paul Rockenbach of the Columbus County Sheriff’s Office.

Nelson was also charged with being a felon in possession of a firearm, a .40 caliber handgun.

They are charged in the murder of Tristan Lavonne Stavee, 23, and the shooting of Stavee’s grandfather, George Cleveland Stump Sr., 73.

Both men are from Hope Mills, and were reportedly in Columbus County answering a Craigslist ad involving the sale of a vehicle.

Both Nelson and Ford are accused of using a handgun to rob and threaten the Cumberland County men, in the murder and assault, the warrants said. Both are accused of taking $4,000 from Stump.

Deputies responding to a report of a man lying on the ground in the 100 block of Sellers Town Road, just off of U.S. 701, on the evening of Nov. 29 found Stavee dead on the ground, Stump in a nearby vehicle with a gunshot wound, Sheriff Jody Greene said in a previous news release.