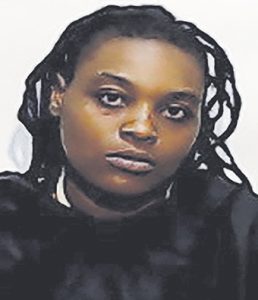 A third arrest has been made in a Dec. 9 Tabor City area shooting that critically injured one woman, leaving a man hit by a stray bullet with a less serious injury, Columbus County Sheriff’s Office spokeswoman Michelle Tatum said.

That arrest, of an adult suspect, took place before 3 p.m. Monday, Tatum said. Details on the arrest will be included in an updated news release, likely this afternoon, Tatum said.

Look for more on that arrest when the information is available here, and the full story in the next Tabor-Loris Tribune in print and online.

A juvenile has been charged in a Dec. 9 Tabor City area shooting that critically injured a Whiteville woman and left a Clarendon man with a less serious injury, Columbus County Sheriff Jody Greene said in a news release Monday.

That release provided the most detailed information to date on the incident that took place nearly two weeks ago, including the first confirmation of the juvenile arrest, names of all of the victims, and an update on the condition of the primary victim.

Her condition initially classified as critical, Tabitha Reaves’s “condition has improved since then,” the news release said.

Reaves, 21, was shot “in the head area” during the 7 p.m. shooting Swampfox Hwy East and Complex Street just outside of Tabor City, the news release said.

She was struck by gunfire “while shielding her infant from the gunfire,” the news release said.

Juwan Washington, 28, of Chadbourn was in Reaves BMW. Neither he nor the child were injured.

A stray bullet hit a nearby vehicle, entering the windshield, and striking Brett Godwin, 34, of Clarendon “in the head area,” the news release said. “No one else in the vehicle was injured.”

First to be arrested was the “male juvenile,” on Dec. 15 at the sheriff’s office. He was held at the Blue Clay facility in Wilmington.

Attempted murder and assault warrants have been served on a Loris woman in a shooting incident a week ago near Tabor City that left a Whiteville woman critically injured.

Allegrianna Rena Johnson, 25, who shows addresses on Tom Boy Court, Loris and Lester Watts Road, Tabor City, was charged Tuesday with three counts each of attempted first degree murder and assault with a deadly weapon with intent to kill inflicting serious injury, and with single counts of assault with a deadly weapon and discharging a firearm into an occupied vehicle.

Arrested at the Columbus County Sheriff’s Office, Johnson was held at the county Detention Center under secured bonds totaling $400,000.

Johnson is charged in a Dec. 9 incident that took place on NC 904 at Complex Street, just outside of Tabor City, that left Tabitha Reaves, 21, of Villa Drive, Whiteville, critically hurt, Maj. Russell Conway of the Tabor City Police Department said.

A passenger in Reaves’ BMW apparently moved her to the passenger seat and drove her to McLeod Loris hospital, where she was treated and transferred that evening to the trauma center at Grand Strand Regional Medical Center in Myrtle Beach.

Neither the passenger, nor an 18-month old child in the back seat, were injured, Conway said.

A witness in another vehicle was injured, apparently by flying glass from a stray bullet that hit his truck, Conway said.