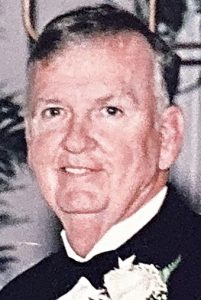 Born Oct. 9, 1942 in Marion County, he was the son of the late Olin Rudolph Shelley and Lillie Mae Grainger Shelley.

In addition to his parents he was preceded in death by a son, Rudy Dean Shelley; a brother, Jimmy Shelley; and a sister, Greta Shelley Harrelson.

Visitation was planned for the hour preceding the service in the cemetery.