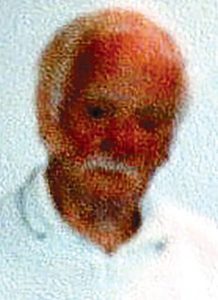 Eugene Johnson of Conway passed away on Sunday, Jan. 3. He was 88.

Mr. Johnson was born on Aug. 18, 1932 in Conway to the late Kelly Thurman Johnson and the late Eva Mae Sawyer Johnson.

Mr. Johnson served his country with courage, honor, and dignity in the United States Army as a part of the 82nd Airborne Division. He was of the Baptist faith.