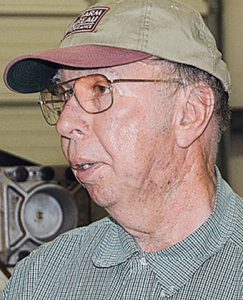 Joseph Lloyd Gore of Whiteville died Monday, Jan. 11, at Conway Medical Center in Conway following a recent illness. He was 79.

Lloyd had a long career in broadcasting and journalism that included work as a correspondent for The Tabor City Tribune and The News Reporter before getting his broadcast license in 1961 and starting his radio career at WLSC in Loris in April, 1963.

Lloyd went to work for WTAB in 1969, and was also associated with its sister FM station WKSM for many years. He was farm director for the station and enjoyed sports broadcasting.

Lloyd also worked for WCVP in Shallotte from 1978 until 1980, while continuing his work at WTAB. He remained employed at the Tabor City radio station until his death, most recently hosting Gospel Time, a Sunday gospel music program.

Lloyd was honored by the Greater Tabor City Chamber of Commerce in 2009 with the Tabor Medal as Citizen of the Year.

Survivors include his siblings, Alice Faye Lawing of Marysville, Ohio, Ray Gore and Esta Gore Boswell of Whiteville; and many nieces and nephews.

Memorial services may be scheduled at a later date.