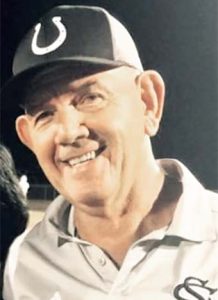 Born March 24, 1944 in Marion County, he was the son of the late Leon C. Fonvielle and Mary Lou Blanton Fonvielle.

He was a member of the Tabor City Baptist Church. He was the third generation owner at W.W. Fonvielle & Son Feed, Seed & Garden Center, where he worked for 44 years.

He was also a proud sponsor, coach, and committed member of the community and athletic programs of Tabor City.

In addition to his parents, he was preceded in death by one brother, Russell Fonvielle.

A graveside service was planned for noon Monday, Feb. 1, in Myrtle Green Cemetery.

In lieu of flowers, memorials may be made to South Columbus High School Athletic Department, 40 Stallion Drive, Tabor City, NC 28463.