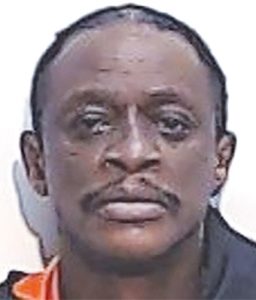 Just more than 13 years after the grisly discovery of Kathy Jean Jones Williamson’s body, found beaten to death in her Chadbourn area home, a New York man is in custody charged with that crime.

Curtis Tyrone Watson, 53, of Brooklyn, New York, was charged with murder, brought back from the New York Department of Correction, and booked without bond at the Columbus county Detention Center on Jan. 27, jail records show.

Watson, who had a first appearance hearing Thursday, is being held without bail.

An indictment that allowed for the arrest, and Watson’s return to Columbus County, was returned by a Columbus County Grand Jury on Jan. 6, sealed until the arrest could be made and family of the victim notified, and unsealed on Friday.

Williamson’s body was found in the bedroom of her Blackwell Road home at about 4:30 p.m. on Christmas Eve, 2003, then Sheriff Chris Batten said at the time.

Batten said Williamson was beaten in the head and died of skull fractures. A friend found Williamson bloodied in her bed, on her back, with bedding pulled up to her neck, Batten said in 2003.

Blood spatter in a hallway indicated that at least part of the beating took place there, with additional blood evidence found in an adjacent bedroom, the sheriff at that time said.

It’s not clear exactly when the beating took place, and Williamson said. The indictment indicates the murder took place either on Dec. 23 or 24, 2003.

Detectives from the Sheriff’s Office and the North Carolina State Bureau of Investigation conducted an investigation into Williamson’s murder, and quickly identified Watson as “being in a relationship with the victim,” the state’s motion to seal the indictment said.

Watson was interviewed three times “as to his possible involvement into Williamson’s death,” the motion said, adding that “the case grew cold without anyone being charged.”

Sheriff’s investigators and prosecutors from the District Attorney’s office reviewed the case in 2019, prompting “additional investigative work” that involved both the sheriff’s office, prosecutors and the U.S. Army Criminal Investigative Division “in an effort to determine the identity of the responsible party or parties,” the motion said.

Without providing details of what investigators uncovered, the motion said that work and additional case reviews prompted the District Attorney’s office to draft the first degree murder indictment against Watson, that the grand jury approved on Jan. 6.

Investigators, the order said, believed that Watson was in the State of New York, and intended to search for him there “in an attempt to locate and interview Watson prior to his arrest.”

Watson was taken into custody by the New York City Police Department on Jan. 11, records show, and released on Jan. 27, when he was brought back to Columbus County.