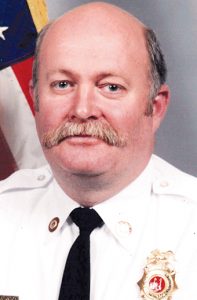 Johnnie Ray Blanton of Loris died Thursday, Feb. 4, in his home surrounded by his family. He was 65.

In addition to his parents, he was preceded in death by a sister, Diane Blanton.

He served on the Horry County Fire Department for more than 40 years.

Visitation was planned for the hour preceding the service at the cemetery.

In lieu of flowers, memorials may be made to Horry County Fire Rescue.