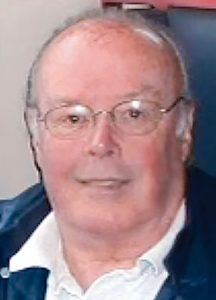 William Francis Sheehan, Jr. of Loris passed away on Saturday, Feb. 6, at McLeod Loris hospital. Mr. He was 80.

Mr. Sheehan served his country with courage, honor, and distinction in the United States Navy. After the Navy Mr. Sheehan worked as machinist, then headed the Research and Development Department of Troy-Bilt/Gardenway. He was a member of St. Henry’s Catholic Church in Averill Park, New York. Bill had a lifelong passion for both bowling and fishing.

In addition to his parents, Mr. Sheehan was predeceased by his wife, Diana Kathleen Dunworth Sheehan; and a sister, Betty Alix.