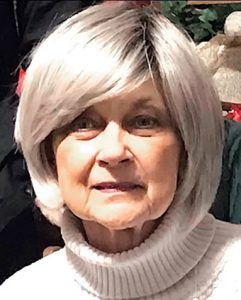 Patsy Faye Hilburn Turbeville of Clarendon died Thursday, Feb. 18, in her home. She was 71.

Born Feb. 10, 1950 in Robeson County, she was the daughter of the late Rev. Jesse and Daisy Parker Hilburn.

In addition to her parents, she was preceded in death by a brother, David Hilburn; and a sister, Jennie Sue Hilburn White.