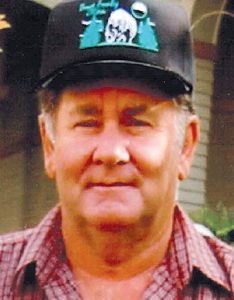 Born Jan. 21, 1944 in Columbus County, he was the son of the late Mack Norris and Bertie Jane Cartrette Norris.

He is survived by his wife, Mary Estalene Long Norris of the home; a son, Danny Norris of Chadbourn; a daughter, Lisa Jane Norris McCants and husband Tim of Andrews; two step-daughters, Donna Rothfuss of Charlotte and Lisa McPherson of Clarendon; step-son Kevin Fowler of Whiteville; two grandchildren, Katelyn Mahan of Georgetown and Randall Mahan of Myrtle Beach; and one great-grandchild, Emerie Johnson

In addition to his parents, he was preceded in death by a son, Randy Charles Norris; a brother, Clifton Norris; and a sister, Bertha “Sis” Hinson.