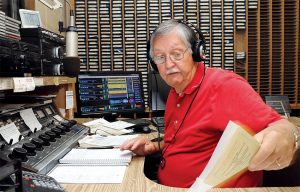 Jack Miller, who cemented his place as among the leading voices of Tabor City radio years before he bought WTAB in 1995, passed away Friday afternoon at Lower Cape Fear LifeCare Angel House Hospice Care in Whiteville. He was 84.

“With great sadness in our hearts, we announce the passing of Colonel Jack Miller around 2 p.m. today,” a post on the WTAB Radio Facebook page said. “He was a wonderful husband, father, grandfather, and friend to those blessed to have him as a part of their lives. Please keep his family in your prayers.” 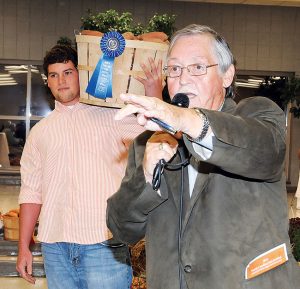 Jack was more than just a voice on the radio. He was a civic leader and a champion of his adopted hometown, serving more than once as President of both the Greater Tabor City Chamber of Commerce and the North Carolina Yam Festival at Tabor City.

Born April 14, 1936 in LaFollette, Tennessee, Jack was the son of a civil engineer and a textile work. After graduating high school in 1956 he attended broadcaster’s school in Nashville, Tennessee.

His first radio job was in New Iberia, Louisiana in 1957, and a year later he returned to his hometown for another radio job, moving to Laurinburg in 1967 to take a job at what was then the AM powerhouse WEWO.

Jack came to WTAB and its former sister station, WKSM, in 1975.

He could not have known it then, but Jack was home in Tabor City and at WTAB. His Swap-Shop morning show attracted a loyal and enthusiastic audience that that was equally as passionate when Jack put down the microphone and stepped into semi-retirement in June 2013.

His retirement announcement was missing from his final broadcast.

“I’m not going to announce it,” Jack said in the middle of that last broadcast, off the air. “I’ve got to be gone next week anyway. But this is it.”

Then it was back to the job at hand.