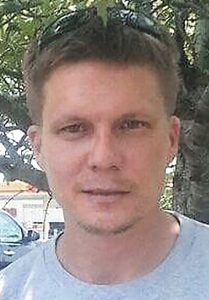 Heath Buffkin of Vermilion, Ohio died Feb. 9 in Merced, California. He was 45.

Born July 20, 1975 in Conway, he was the son of Addie Martin Buffkin and the late Moody Dale Buffkin.

Heath was a 1993 graduate of South Columbus High School, and after graduation served his country in the United States Navy. He worked for the Myrtle Beach Convention Makers for 15 years before he obtained his CDL’s. Heath was employed by H.Q. Marine Transport as a long haul truck driver until his time of passing.

Funeral services are incomplete and will be announced later by Inman Ward Funeral Home and Crematory.