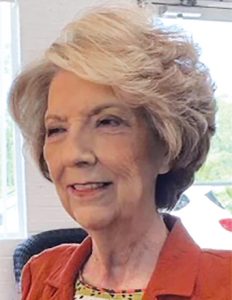 Born in Columbus County, she was the daughter of the late Clyde and Ollie Rockwell Prince.

In addition to her parents, she was preceded in death by her husband, Darcey Elwood Hardwick; and a brother, Wayne Prince.

Services will be livestreamed starting at 10:55 a.m. on the Inman Ward Funeral Home & Crematory Facebook page.