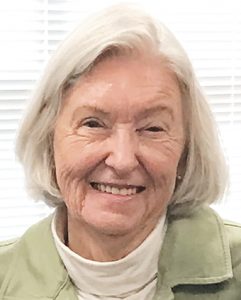 Born Oct. 11, 1936 she was the daughter of the late Allison Alman and Jewel Inman White and widow of Marshal Weldon Gore, Jr.

In addition to her parents and husband, she was preceded in death by two brothers, Robert White and Bill White.

Janelle was a member of Shallotte Presbyterian Church. She was a public school teacher for many years.