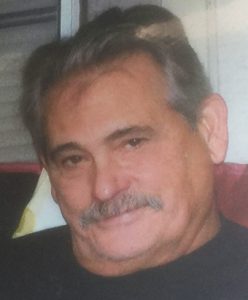 Ronnie Dean Bruton of Charleston passed away on Friday, March 5, at the Ralph H. Johnson VA Hospital in Charleston. He was 74.

In addition to his parents, Ronnie was preceded in death by a brother, Harry Bruton, Jr.; and a sister, Donnis Bruton McMahan.

Ronnie served honorably in the US Navy and was a graduate of Southwestern Baptist Theological Seminary in Fort Worth, Texas. He was known for his loving spirt, great sense of humor and willing leadership.

A memorial service in his honor and celebration of his life, love and service was planned for 11 a.m. Saturday, March 20, at Tabor City Baptist Church.