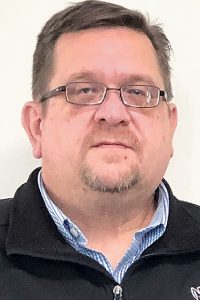 A Tabor City area native and veteran of the N.C. Department of Transportation has been named its new Division 6 engineer.

Drew Cox was named to the post this week, a NCDOT news release said, and will oversee 360 employees responsible for maintaining 13,000 lane miles of roadway across the five-county region.

“I am so proud to be a part of a talented team that works hard serving the public and improving our transportation network,” Cox said Friday. “I am very humbled to lead these dedicated folks in our division.”

Cox is a native of the Guideway area of Columbus County, east of Tabor City. He has worked for NCDOT for 29 years, including several years as Resident Engineer for Columbus County, and has worked in several capacities since he began as an assistant engineer.

He was promoted to Division 6 maintenance engineer in 2017.

Grady Hunt, the Division 6 representative on the state’s Board of Transportation, congratulated Cox.

“Drew has been a critical part of our division’s leadership for several years, and I know he’ll continue to be a great asset to the communities we serve in our region of the state,” Hunt said.

Cox succeeds Greg Burns, who was promoted last month to become the Eastern Deputy Chief Engineer. In his new capacity, Burns oversees half of the department’s 14 highway divisions, including Division 6. Burns had led Division 6 since 2007.

Division 6 is based in Fayetteville and is responsible for such functions as highway and bridge planning, construction, maintenance and traffic services.