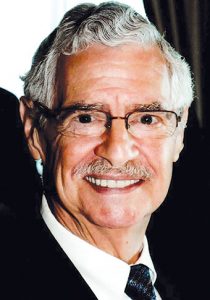 Fernando Eugenio “Gene” Vidal passed away on Wednesday, April 14, at his home in Loris. He was 82.

Mr. Vidal was born on June 17, 1938, in New York, New York to the late Eugenio Vidal and the late Marjorie Danks de Vidal.

Mr. Vidal worked in sales and as a management consultant with Radio Shack until his retirement and was of the Catholic faith. For the past 20 he was a Spanish interpreter with the NC court system and an avid HAM radio operator with the call letters WA3MJR.

In addition to his parents, he was predeceased by one son, Kurt Vidal; and a sister, Marisol Vidal Dickson.

Memorial services will be held at a later date.