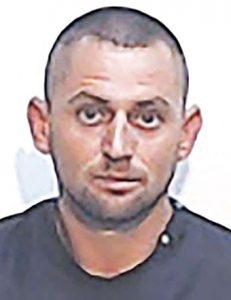 SBI special agents made the arrest about 3:45 p.m. Monday in Fair Bluff, taking the former officer into custody without incident, a news release from the state agency said.

Spivey, 35, was held at the Columbus County Detention Center under a $665,000 secured bond, but was expected to be moved to an out-of-county facility for his safety.

A first appearance hearing for Spivey was scheduled for 2 p.m. Tuesday at the Columbus County Courthouse in Whiteville.

Spivey was charged with 31 counts each of felony alter, steal or destroy evidence and felony embezzlement by a public official; four counts each of felony trafficking opiates by possession and felony trafficking opiates/opioids by transportation; two counts of obtaining controlled substance by prescription misrepresentation; and one count of obtaining a controlled substance by fraud.

Chestnut suspended Spivey without pay on March 5. Spivey resigned his position on April 6.

David’s concerns included narcotics evidence not sent to the State Crime Laboratory for analysis, despite a May 2019 warning from David to the police chief to use the state lab for those case.

Arriving late to a court hearing on March 4, Spivey was unable to produce evidence requested by the court including a firearm.

“Moreover, a review of what evidence he brought gave my prosecutors serious concerns about the possibility that the evidence had been tampered,” David wrote.