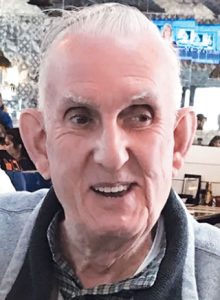 Gerald “Jerry” Richard Coderre of Loris passed away on Friday, April 23, at his home. He was 79.

Mr. Coderre was born on October 19, 1941 in Holyoke, Massachusetts to the late Lawrence Coderre and the late Estelle Bouchard Coderre. He was the owner of Waxler’s Market and Agawam Public Market and was a member of Catholic Church of the Resurrection.

In addition to his parents, Mr. Coderre was predeceased by his two brothers, Roger Coderre and Donald Coderre; and a sister, Jean Goyette.

Memorial services at the Catholic Church of the Resurrection will be announced.