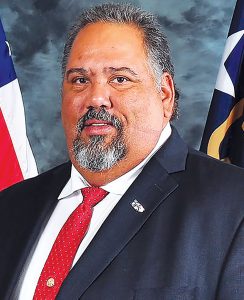 Jacobs, 53, served as warden at Columbus Correctional Institution near Brunswick from 2018 until last year, a NC Department of Public Safety news release said.

“Warden Jacobs is an exceptional professional who has agreed to take on the challenge of leading his fourth prison facility,” said Commissioner of Prisons Todd Ishee. “His experienced gained from decades working in our prisons is invaluable. He is a remarkable leader who challenges and inspires and will be a great addition to the Tabor team.”

In his new position, Jacobs is responsible for all operations at the Tabor Correctional Institution, which houses close, medium and minimum custody male offenders.

Completed in 2008, the original portion of the prison is a 1,000-cell close-custody facility. Later additions included a 504-bed medium-custody unit and a 252-bed minimum-custody unit.

A veteran employee of state government, Jacobs began his career in 1993 as a correctional officer at the former Cabarrus Correctional Center.

He then served four years, from 2014 to 2018, as the Director of the Robeson Confinement in Response to Violation Center, which houses and provides intensive behavior modification programs for those who have committed technical violations of probation, parole or post-release supervision.