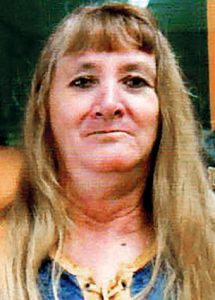 Alice Faye Small of Loris passed away on Thursday, May 27, at McLeod Loris hospital. She was 61.

Born on May 11, 1960 in Marion, SC, she was the daughter of the late William McDuffy Small and the late Bessie Earlean Hilbourn Small.

Visitation was planned from 4 to 6 p.m. Saturday, May 29, at Hardwick Funeral Home.