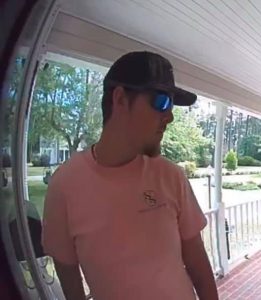 Prince, 26, of Bell Street, was charged with two felony counts of breaking and entering, taken into custody at his home a short time after the early afternoon break-in on Shelly Street, Conway said.

As he did following his arrest Tuesday for a Sandwall Street break-in attempt, Prince proclaimed his innocence.

Like Tuesday, Conway said they had video evidence of Prince during the break-in and the theft of the video surveillance recorded.

“I guess he thought if he took the recorder, it was gone,” Conway said. “It wasn’t. It recorded to the cloud.”

Charges Thursday were for the Shelly Street break-in, and for kicking in the door of a second Sandwall Street home where the door was also kicked on Tuesday.

Prince was held under a $10,000 bond at the Columbus County Detention Center in Whiteville.