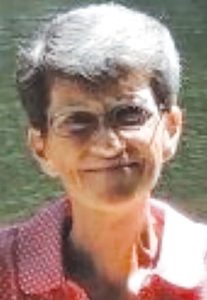 Linda Diane Benoche Watts of Tabor City died Tuesday, June 1, in her home. She was 63.

Born Oct. 25, 1957 in Newport New, Virginia, she was the daughter of the late John “Billy” William and Esther Haywood Benoche and the widow of Roger Dale Watts.

She is survived by her son, Roger Dale Watts, Jr and his wife Heather of Clarendon; her daughter, Angela Watts Tompkins and her husband Tony of Tabor City; three grandchildren, Heather Duncan and her husband Cory, Blake Soles, and Collin Milligan; a brother, Ronnie Benoche of Port St. Lucie, Florida; and her sisters, Kathy Stieh and her husband Al, Tammy Galley Skaggs and her husband Harold, all of Newport News, Virginia.

In addition to her parents and husband, she was preceded in death by her sister, Barbara Watts; and a brother, William Benoche.