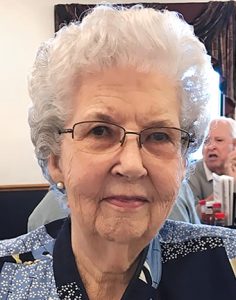 Born Nov. 5, 1935 in Columbus County, she was the daughter of the late Jim and Clara Butler Rockwell and the widow of Delbert Larrimore.

In addition to her parents and husband, she was preceded in death by her sister, Thelma Soles.

Hilda was a member of Iron Hill Baptist Church.