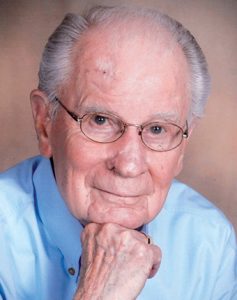 Born May 25, 1924 in Columbus County, he was the son of the late Walter and Rutha Garrell Todd and the widower of Mary Esther Ward Todd.

In addition to his parents and wife, he was preceded in death by a daughter, Meredith Suggs; one son-in-law, James Homer Norris; and one grandson, James Kevin Norris.

HB served our great Country in the United States Navy during World War II. He was President Emeritus of Carolina Insurers. He was also a faithful member of Iron Hill Baptist Church, past president of the Tabor City Chamber of Commerce, and a member and past Lt. Governor of Tabor City Civitan.

In lieu of flowers, memorial contributions may be made to: Iron Hill Baptist Church, in honor of Sunday School, 22247 Peacock Road, Tabor City, NC 28463.