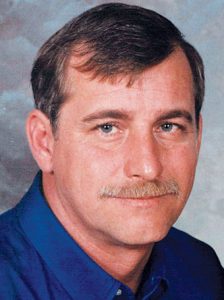 Born November 30, 1956 in Loris, he was the son of the late Nelson Tate and Frances Watts Tate.

Visitation was planned from 6 to 8 p.m. Wednesday, June 23, in Inman Ward Funeral Home.

A guest register will be available at inmanwardfuneralhome.com.