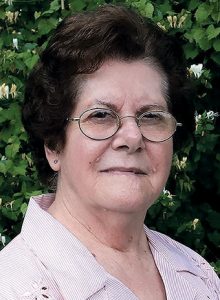 Ruby Lee Hinson Fowler of Tabor City died Sunday, June 27, in her home. She was 79.

Born July 15, 1941 in Columbus County, she was the daughter of the late Neal and Lizzie Norris Hinson and the widow of Tommie Floyd Fowler.

In addition to her parents and husband she was preceded in death by one brother, Neal “Pete” Hinson.

She was a member of Carolina Baptist Church.