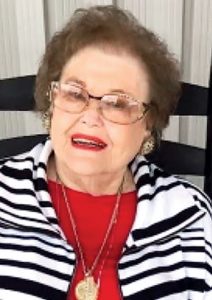 Bertie Rae Stevens Gause passed away on Monday, June 28, at her home in Loris. She was 86.

Born Aug. 24, 1934 in Loris, she was the daughter of the late Bert Stevens and the late Doretha Sarvis Stevens.

Mrs. Bertie was a devout Christian and longtime member of Loris First Baptist Church. She owned and operated Bertie’s Styles of Distinction until her retirement. She loved flowers and spending time at her beach house in Cherry Grove rocking on the porch, but will be most remembered for her tremendous love of people and her tireless devotion to her family as “Mema”, aunt, sister, and friend.