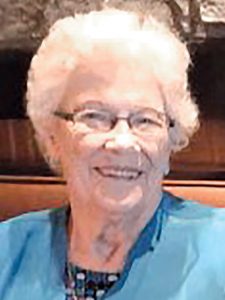 Eloise Elenora Martin of Loris died Aug. 6, in McLeod Seacoast Hospital. She was 92.

Born Aug. 3, 1929 in Columbus County, she was the daughter of the late Dewey Norris and Jettie Spivey Norris.

In addition to her parents, she was preceded in death by four brothers, two sisters and one grandson.