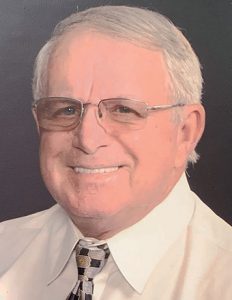 SGT Rossie Franklin Wright of Loris went to be with his Lord and Savior on Monday, Aug. 30, at McLeod Health Loris. He was 74.

Born June 14, 1947 in Whiteville, he was the son of the late Doctor Franklin “Cedo” Wright and the late Annie Blake Woodell Wright.

Mr. Wright served his country with courage, honor, and distinction in the United States Army. After his military service he worked with Horry County Schools in the Technology Department for 15 years.

He was active in his community as a past Master Mason with Loris Lodge #205 A.F.M. and a longtime member of Loris First Baptist Church.

He is survived by his loving wife of 49 years, Sue Jacobs Wright of Loris; daughter Shelley Newton of Kentucky; grandson Robert Shefton of Kentucky; a sister, Deborah Soles and husband Mike of Tabor City; a brother, Doug Wright of Florence; and a host of nieces and nephews.

In addition to his parents, Mr. Wright was predeceased by a grandson, JT Newton; a sister, Peggy Kelly; and four brothers, Cecil, Rex, Deke, and Dolan Wright.