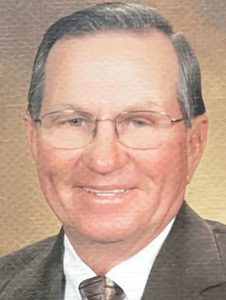 Mr. Gore was born in Florence, a son of the late Paul U. Gore, Sr. and the late Mary Ruth Lewis Gore. He was a Veteran of the U.S. Army and a member of Old Zion Wesleyan Church.

Mr. Gore enjoyed being outdoors, farming, and spending time with his family. He will be remembered as a loving husband, father, Pop, and friend.

In addition to his parents, he was predeceased by one sister, Mildred Bernice “Bunnie” Boswell; his father-in-law and mother-in-law John Donnie “Don” Cox and Cynthia Marie “Sandy” Cox; and a brother-in-law, Richard “Dick” Bell.