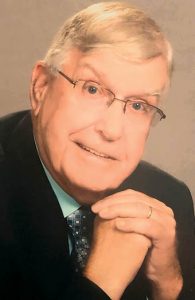 Marshall Davis Porter passed away on Sept. 8, at his home in Loris. He was 80.

Born Jan. 1, 1941 in Loris, he was the son of the late George Herman Porter and the late Blanche Blanton Porter.

Mr. Porter worked as a Fire Warden with the South Carolina Forestry Commission until his retirement and was a longtime member of Lawndale Baptist Church.

Family requests that masks be worn for visitation and services.

Visitation was planned for the hour preceding the service at the mausoleum.